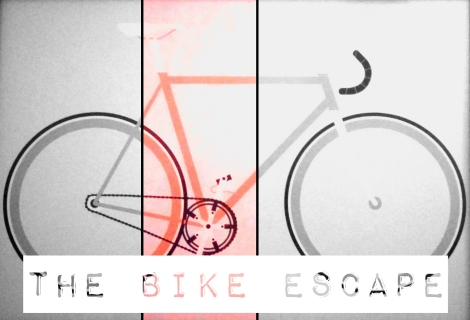 A year ago I discovered, that the mental aspect is playing a big role on a road bike. I was riding in a local group ride. It was the first time for me in this group and I only joined, because I heared, that they were the fastest boys round here. And indeed, they are. We startet a 100K-ride at 40 Kilometers per hour. That was managable until the hilly section of the ride came up. And voila, I got dropped at every climb. Althoug I was technically fitter than most of this guys, I got a little bit scared by the initial speed. I always thought: “I have to keep up on that climb” and put way to much power in the first sections going into the red and voila: dropped.
A few month later I read the magical mental formula in a book:

Every time now, when I’m riding a race or a fast group ride, I think that they have to beat me. It makes me mentally strong and it transfers to my body. Since then, every now and then I hear my companions say: “He’s an absolute machine.”

Do you have mental trick?

4 responses to “The mental cycling trick”

The History of The Bike Escape

BRM300 tour round the bavarian Walchensee. #pbp #pbp2019 #randonneur #cycling
Did a few tweaks on my #wilierstrada today to get the full 21st century #randonneur look. The two Busch&Müller Ixon Iq Premium front lights are hangin on Topeak Versa mounts where I attached the Light mount with a slightly longer M5 Screw to get a safe mounting option with a neat look. Fenders are SKS Raceblades. All in all, this setup weighs 10.8 kg - or somewhat around 22 pounds, the Klickfix mount included. Was quite a way to this point. Tryed 5 different lighting mount options, 3 different types of fenders and a few bag options. #cycling #parisbrestparis #pbp
First day in shorts out there ☺ #randonneur #pbp #parisbrestparis #cycling
Finally found a saddlebag that has a decent volume (9L), doesn't sway - thanks to the Bagman Support - and doesn't rub on the back of the legs. First ride with the #carradice Audax bag and totally in love with it. Plus: I love the classic look of the bag. ☺ #randonneur #cycling #parisbrestparis
Testing how far I can go non stop with three bottles (2 liters of fluid). #randonneur #parisbrestparis #cycling #audax
Riding with a #handlebarbag feels different. I'm riding more relaxed, since I have everything at hand. And I'm getting more into that #randonneur mood - thinking: "It's not a race. Relax and have fun. Enjoy the scenerie." It's like a mindhack ☺ #brooksisleofskye #brooks #cycling #parisbrestparis